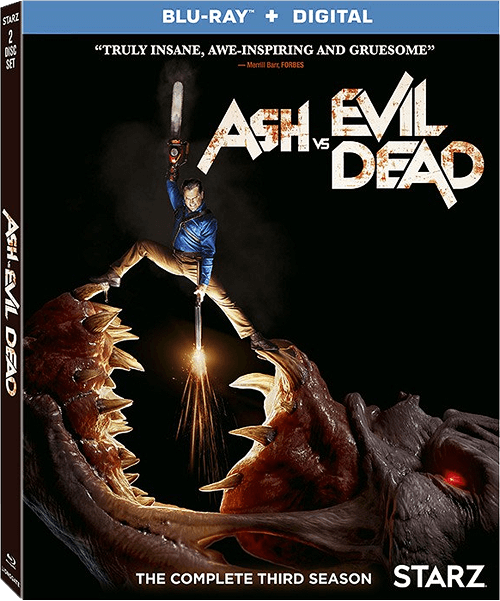 "The third season finds Ash, having gone from murderous urban legend to humanity-saving hometown hero, discovering that he has a long lost daughter who’s been entrusted in his care. When Kelly witnesses a televised massacre with Ruby’s fingerprints all over it, she returns with a new friend to warn Ash and Pablo that evil isn’t done with them yet. Blood is thicker than water in the battle of good vs Evil Dead." 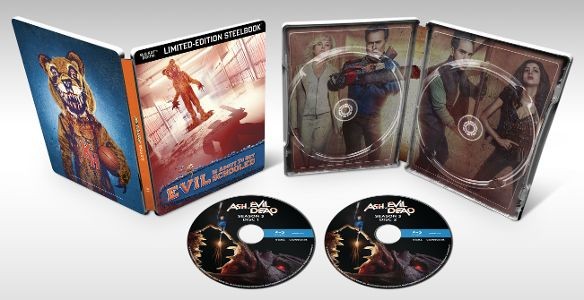 The Ash vs Evil Dead: Season 3 Blu-ray SteelBook is only available at Best Buy.