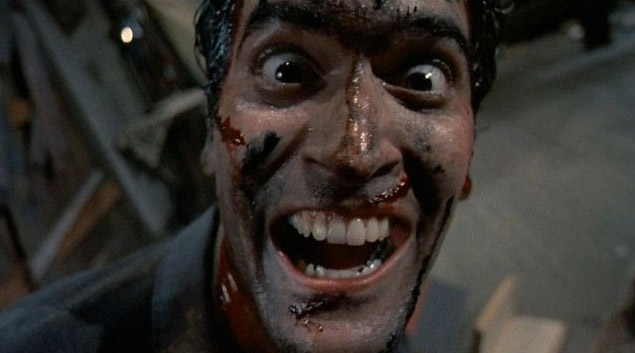 "Time passes differently when you've spent half your life fighting the evil dead. Horror fans got their first look at Sam Raimi's blood-soaked cabin in the woods splatter movie when it premiered forty years ago in October 1981. But asked whether hitting the big 4-0 feels special, The Evil Dead's strong-chinned star, Bruce Campbell, offers an immediate correction. "It's not 40 years: It's 42 years," the actor tells Yahoo Entertainment about his inaugural outing as chainsaw-wielding king Ash Williams. "The movie was filmed in November 1979 through January 1980. It took two years to finish the damn thing! So it's 42 years old — but who's counting?""