Bruce Campbell, King Of The B Movie 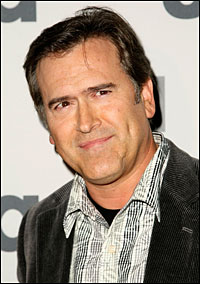 As Sam Axe on cable channel USA's Burn Notice, Bruce Campbell plays the disreputable sidekick to the hero. In conversation with Neal Conan, he said he's enjoying being on a show "that has ratings."

You may also remember Campbell as the star of numerous B movies — think Man With the Screaming Brain. He's now directed and produced his own B movie, My Name is Bruce. He built the Western town featured in the film on his own property out of dead timber, and calls it "a very Little Rascals affair."

Of the film, which didn't hit most movie major theaters, he says "it wasn't released, it escaped."