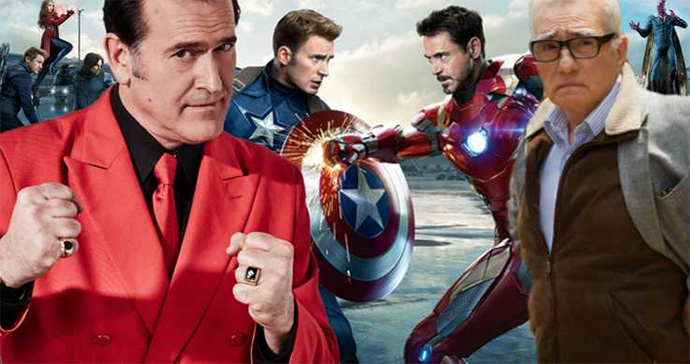 "Bruce Campbell is defending Marvel movies weeks after Martin Scorsese had controversially suggested they are not "cinema," and the Evil Dead star isn't holding back. Speaking with fans at the Spooky Empire horror convention, Campbell touched on the controversy by suggesting that Scorsese's comments are harmful coming from a filmmaker of his stature."